It’s been an exciting year for netball in Zurich and in Switzerland, with Zurich bringing home the Peppermill national trophy for the second year and with Switzerland climbing the international world ranking tables!

2014 looks set to be another exciting year for netballers in Zurich! We have received an email from Cath Rich, President of Netball Switzerland, inviting you to consider trialling for the Nationalkader (previously known as the Swiss National Open Team) in January 2014. This Nationalkader is a slightly different format from the Open Team setup from the last two years, with a lot more exciting international opportunities available to those selected. Zurich Netball Club strongly recommends that you do try out for the Nationalkader squad if you are interested and can commit, as it means great exposure to international coaches, fantastic fitness focus, a chance to meet some great people, some great netball, some travel opportunities and the chance to be an even bigger part of the fastest growing sport in Switzerland!
Key facts:
– Trials will take place on Saturday 11th and 12th January 2014
–  Deadline to sign up is December 15th 2013
Feel free to get in touch with any of the ladies who have previously taken part in the Open Squad for advice/questions (Lorna, Gillian, Claudia, Joh S, Konio, Jo C…) 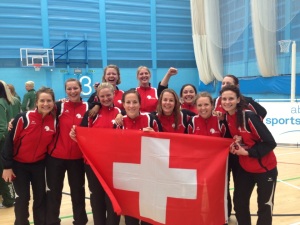